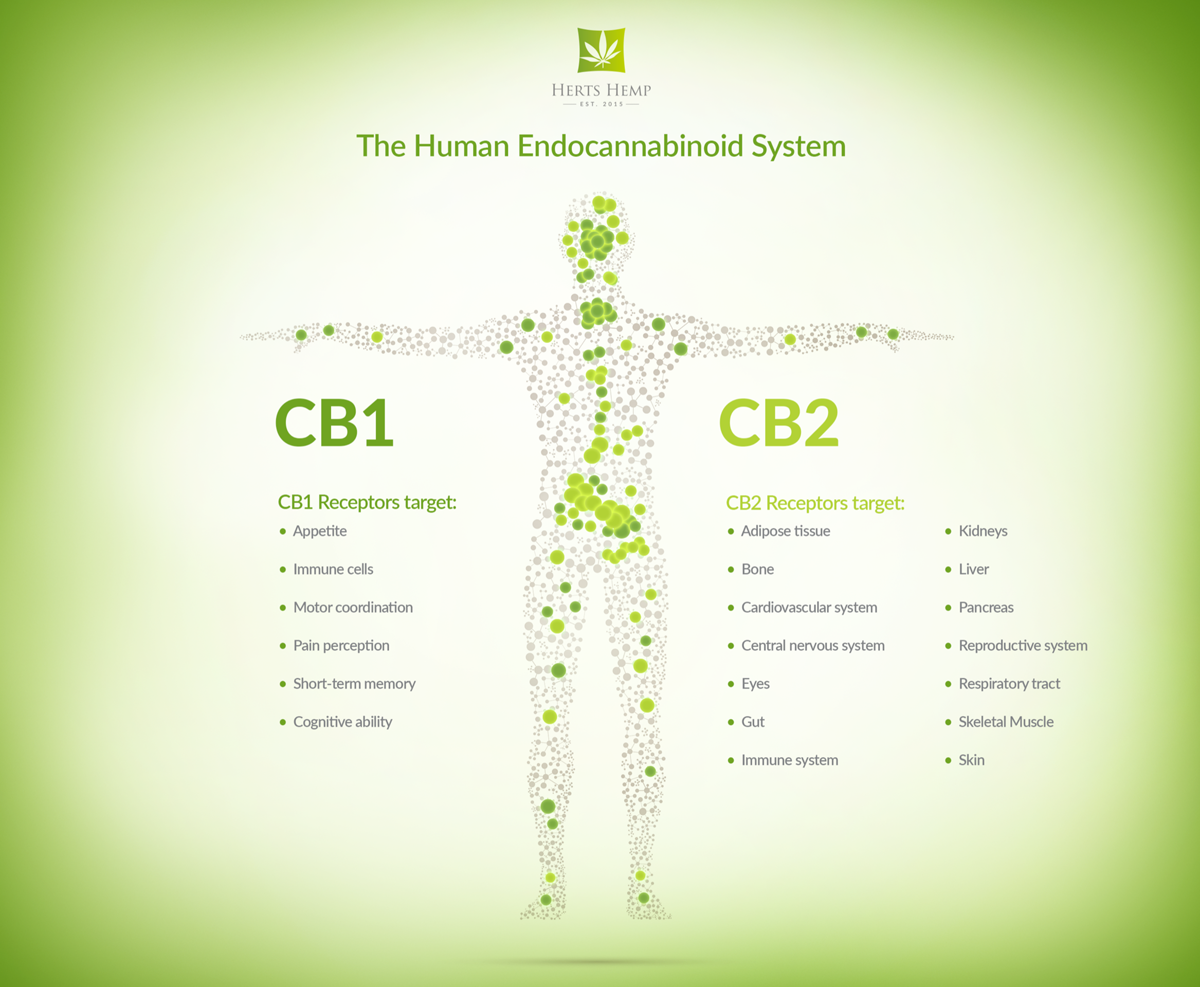 The Endocannabinoid system is a biological system responsible for regulating and balancing a large variety of physiological and neurological processes within our bodies. It was first discovered by Dr. Lumir Hanus in 1992, but it’s now clear that the endocannabinoid system evolved around 600 million years ago. It is present in many organisms such as mammals, birds, amphibians and fish.

To fully understand the purpose of the endocannabinoid system, it’s important you understand the term homeostasis. This is the state in which living organisms maintain steady internal, physical and chemical conditions. It is the optimal functioning condition for the organism and requires several variables being held within specific pre-set limits (homeostatic range).

The endocannabinoid system utilizes its components to maintain an internal balance within our bodies, by keeping certain biological mechanisms within their homeostatic range which preserves homeostasis.

It consists of three major components:

CB1 receptors are broadly dispersed amongst the central and peripheral nervous system but are primarily concentrated in the brain. CB1 receptors are also present in the female & male reproductive organs and throughout the rest of the body in lower concentrations.

The CB2 receptors are particularly abundant on our immune system's cells and the highest concentration can be found in the spleen. They help moderate inflammation and our immune response to pathogens.

Endocannabinoids are molecules that are produced naturally within our bodies which bind to and activate cannabinoid receptors. These lipid-based molecules are synthesised from fats on demand, meaning they are created and used exactly when they’re needed. The two major endocannabinoids circulating our bodies are anandamide and 2-arachidonoylglycerol (2-AG)

First discovered in 1992, anandamide is derived from the Sanskrit word “Ananda” which translates to “bliss”, hence it’s moniker as “the bliss molecule”. Studies suggest that this endocannabinoid is responsible for the “runners high” experienced amid intense exercise. Furthermore, it has been cited to influence appetite, memory and several other functions within the body. Despite being a full agonist of CB1 receptors, research suggests anandamide has a considerably lower binding affinity for CB2 receptors.

Also identified in 1992, 2-AG is present at relatively high levels in the central nervous system. Studies suggest responsible for influencing our emotions, protecting us from seizures and even eliciting orgasms. Similar to anandamide, 2-AG is a CB1 agonist; however, it is also a full agonist of CB2 receptors.

Once anandamide and 2-AG have and brought things into balance, metabolic enzymes quickly break them down and prevent them from overstimulating the endocannabinoid system and upsetting the balance in the opposite direction.

Due to this process, endocannabinoids are distinct from many other molecular signals in the body, such as hormones or traditional neurotransmitters, which may persist for many seconds or minutes or are packed and preserved for later usage.